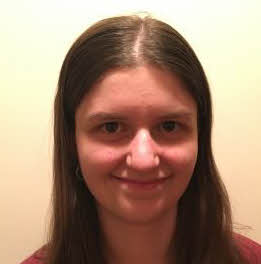 Linda a graduate of Worcester Polytechnic Institute with a degree in Computer Science and a minor in Interactive Media and Game Development. She was first introduced to video games when her father gave her a Sega Genesis controller in Kindergarten. Ever since, Linda has been a passionate gamer, collecting and playing many different video game consoles over the year. This led her to create a youtube channel in 2011 where Linda did video game walkthroughs and reviews. Since then, Linda's youtube channel has grown and she creates videos for her channel professionally. All of this caused Linda to find her way to WPI and to pursue a career in CS and IMGD. She has enjoyed her career path so much that she wants to teach others her craft.

In partnership with E1T1, Linda had helped to develop the program's first Game Development module. Game Development is the process of creating, describing, implementing and iteratively refining a player's experience. This module provides opportunities for students to develop hands-on expertise with game design through a combination of design, practical implementation, playtesting, and evaluation. The main focus of the course is iterative process of Game Development shown below. 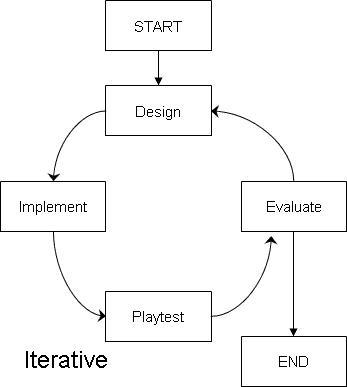 1. Design:
​Students will start by coming up with ideas and fleshing out a game that they would like to make. They will then prepare a powerpoint presentation explaining their ideas for their game. Presenting and explaining your decisions is a very important skill needed for the game industry that is often overlooked. Below is an example of a sample design powerpoint.
Powerpoint Example
2. Implement:
The next step is for students to make their ideas become a reality. To do this, students will code their games using Javascript and Perlenspiel and upload the game to github for others to play. From this step, students will how to code a game and work through limitations.
3. Playtest:
Playtesting is the process by which a game designer tests a new game for bugs and design flaws before bringing it to market. This process is done by the designer themselves, other team members, or paid playtesters. For this course, students will create surveys using Google Forms and then have other students play their games and give feedback on their students. This will help students to think of what questions to ask while playtesting their game. Below is an example of a sample playtesting survey.
Survey Example
4. Evaluate:
Students will go over their survey answers and make decisions on what they would like to change for the next iteration.
​5. Repeat:
This entire process repeats itself until it is time for the game to be released. Below are examples of three iterations of the Iterative Design Process.
Game Iteration 1
Game Iteration 2
Game Iteration 3
​© EACH ONE TEACH ONE INC 2021. ALL RIGHTS RESERVED.