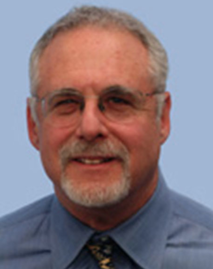 Professor Thomas H. Koenig - Thomas Koenig has been a faculty member at Northeastern University since 1977, serving as chair of the Department of Sociology and Anthropology from 2002 until 2008. In 2008-2009 he was a Fulbright scholar at the University of Belgrade (Serbia) Law School, where he taught and researched about European Internet policies. Professor Koenig has testified before both Houses of Congress and his research has been discussed in the Economist, The Wall Street Journal, The New York Times, Time, U.S. News and World Report, as well as being cited over 2,000 times in leading academic publications. He was a fellow at Harvard University Law School and has served as a visiting professor at Tufts University, Brown University, SUNY at Buffalo and in Hungary’s program on Post-Soviet Change Management. Professor Koenig has supervised more than 50 PhD dissertations and an equal number of Doctorates in Law and Policy. He is currently researching cross-national conflicts over Internet laws and U.S. environmental policies.
​​ 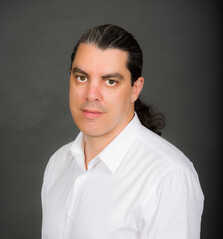 Andrew Lewman has more than 30 years of global technology experience in a variety of domains, including information security, systems administration, and data management. His interest lies in the intersection of technology and humans. Learn more about Andrew at https://lewman.com/press-and-biography.html​ 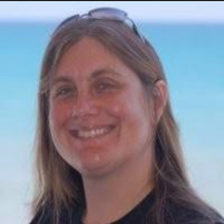 Caroline is an Instructional Developer at Google. She specializes in Development and Product Management of Educational Technology and Computer Science Education. Prior to that, she taught computer science and was Head of the CS Department at Prospect Hill Academy, an urban charter school. Caroline has an MEd in Technology, Innovation and Education, with years of experience teaching Computer Science in an school and over 10 years experience creating web based educational experiences including programming and management of developers and projects. She has a unique combination of solid technical, entrepreneurial and business experience, combined with an understanding of schools, build on three years as a teacher and technology integration specialist in an urban high school. With a strong technology background, an excellent understanding and empathy for educators, and product vision and communication, Caroline has dedicated her unique skill set to helping others develop the skills they need to become employed in the technology field. As a computer science educator, she taught AP CSA (Java), AP Computer Science Principles, including piloting the code.org curriculum and serving as a local facilitator for code.org. She has extensive technical, implementation and community experience in Open Source learning projects including:
- OpenACS/.LRN
- LAMS (Learning Activity Management System)
- Sugar (operating system for One Laptop per Child)
- Khan Academy
- Moodle 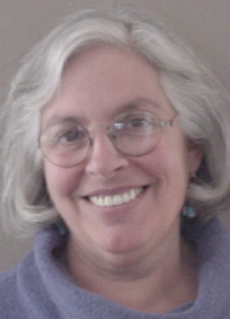 Ada Jo Mann has 35+ years of experience collaborating with clients on strength-based approaches to strategic planning; organization assessment and design; whole system change; program development and evaluation; inter-organizational partnerships; team building, and training.   She has directed or participated in assignments in over 50 African, Asian, Caribbean, Central and South American and European countries. Using practical, strength-based and participatory management approaches she has advised and trained over 1000 leaders.  Through her work both in the US and abroad, Ada Jo has increased the managerial capacities of a broad range of institutions including government agencies, bilateral and multilateral development organizations, non-profits, boards and community groups.

She is a pioneer in the field of Appreciative Inquiry in the non-profit and international development arena and Founder and former Managing Co-Owner of Appreciative Inquiry Consulting, LLC.  For seven years she was Director of a multi-million dollar grant from the U.S. Agency for International Development (USAID) to improve the organizational capacity of non-governmental organizations in all regions of the world.  She co-created and was the first Director of the Small Project Assistance Program, a 30 year partnership between USAID and the Peace Corps. 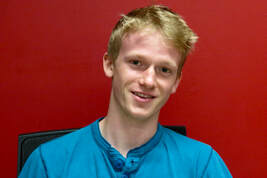 ​Will Eiref is a developer at Moviri. He was Lead Instructor for Artificial Intelligence at IT Tech Camps, leading 70 students at MIT in understanding AI and in creating AI projects in Python and Tensorflow. Will is a graduate in Computer Science from Rensselear Polytechnic Institute in New York, and Cambridge Rindge and Latin High School. A graduate of E1T1's first class, Will fulfilled the promise of the program by coming back as an instructor to other students, then supervisor and Program Director. 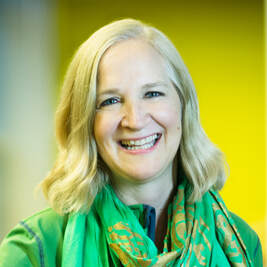 Dr. Sarah Lewis Cortes, CISSP, FIP, CIPP/E (GDPR), CIPT/M, CISA, CRISC is a Privacy Engineer at Netflix. Previously, she was in M&A Security at Salesforce, responsible for Implementing comprehensive security and privacy programs at large acquisitions, such as MuleSoft, Heroku, EinsteinAI MetaMind, and EinsteinDiscovery BeyondCore. She earned her undergraduate degree at Harvard University, studied Forensic Sciences at Boston University Medical School, and holds a PhD in Computer Science, Cybersecurity from Northeastern University, specializing in the Darknet, Privacy and Privacy Law as well as IT Security, topics on which she has published extensively. She conducts training and research with the FBI, the Alameda County Sheriff’s Office Digital Forensics Crime Lab, and other LEAs. She has implemented and overseen major security and privacy programs and operations in regulated industries, achieving compliance in SOC2, SOX, PCI and GDPR, and other laws and regulation and IT control frameworks.

Prior to undertaking her PhD, Sarah was Senior Vice President for Security, IT Audit and Disaster Recovery at Putnam Investments, an investment management firm with over $400 billion in assets under management, 79 mutual funds, 96 institutional clients, and over seven million shareholders and retirement plan participants. She oversaw Putnam’s recovery on 9/11 when then-parent company Marsh & McLennan’s World Trade Center 99th floor data center was destroyed. She also supervised over and 65 compliance and IT audits per year as well as incident investigations. As a senior executive and later consultant for Putnam and other Fortune 500 firms, Sarah also had responsibility for major applications development, data center and other operations, with over 100+ staff and $50m budgets. Before that, Sarah was a Sr. VP for Data Center and Security Operations and Compliance with BNY Mellon Bank, a global investments company with $1.6 trillion in assets under management, previously a part of Shearson/Lehman/American Express, the giant financial services conglomerate.

She has implemented numerous computer applications in use today. Together with Department Chair, Boston University School of Medicine, Department of Biomedical Forensic Sciences and former Cellmark lab director Dr. Robin Cotton et al., Sarah implemented the DNA Mixtures online tool, with a grant from the US Department of Justice. DNA Mixtures was highlighted in the Executive Office of the President, President’s Council of Advisors on Science and Technology (PCAST), Report to the President: Forensic Science in Criminal Courts: Ensuring Scientific Validity of Feature-Comparison Methods in 2016.

A former analyst for the US Department of Energy, she led the National Institute for Science and Technology (NIST) Cybersecurity Working Group sub-team, as co-author of the 2014 NIST: Guidelines for Smart Grid Cyber Security: Vol. 2, Privacy and the Smart Grid, as well as the 2010 volume, that created the security and privacy laws section of the report. She served on the privacy use cases team for two years and the NIST cybersecurity working group (CSWG) on Smart Grid privacy for seven years. She has co-led Northeastern University Law School Legal Skills in Social Context (LSSC) clinics on surveillance law and online privacy tools and technology, as well as an MIT Co-Design Studio class at MIT Media Lab. She has helped draft data breach laws, and testified before the Massachusetts legislature and regulatory agencies.
​
In addition to her work on various industry standards bodies, Sarah serves on the IEEE (Institute of Electrical and Electronics Engineers) P1912 Privacy and Security Architecture for Consumer Wireless Devices Working Group. Sarah serves as a postdoctoral researcher in Digital & Multimedia evidence at the Alameda County Sheriff’s Office Crime Lab in Digital and Multimedia Evidence, and trains law enforcement in forensic techniques. In her work to help end cyberstalking and abuse through technology, Sarah serves on the Boards of Emerge, the first Abuser Intervention Program (BIP), and Each One Teach One, dedicated to training for technology employment.